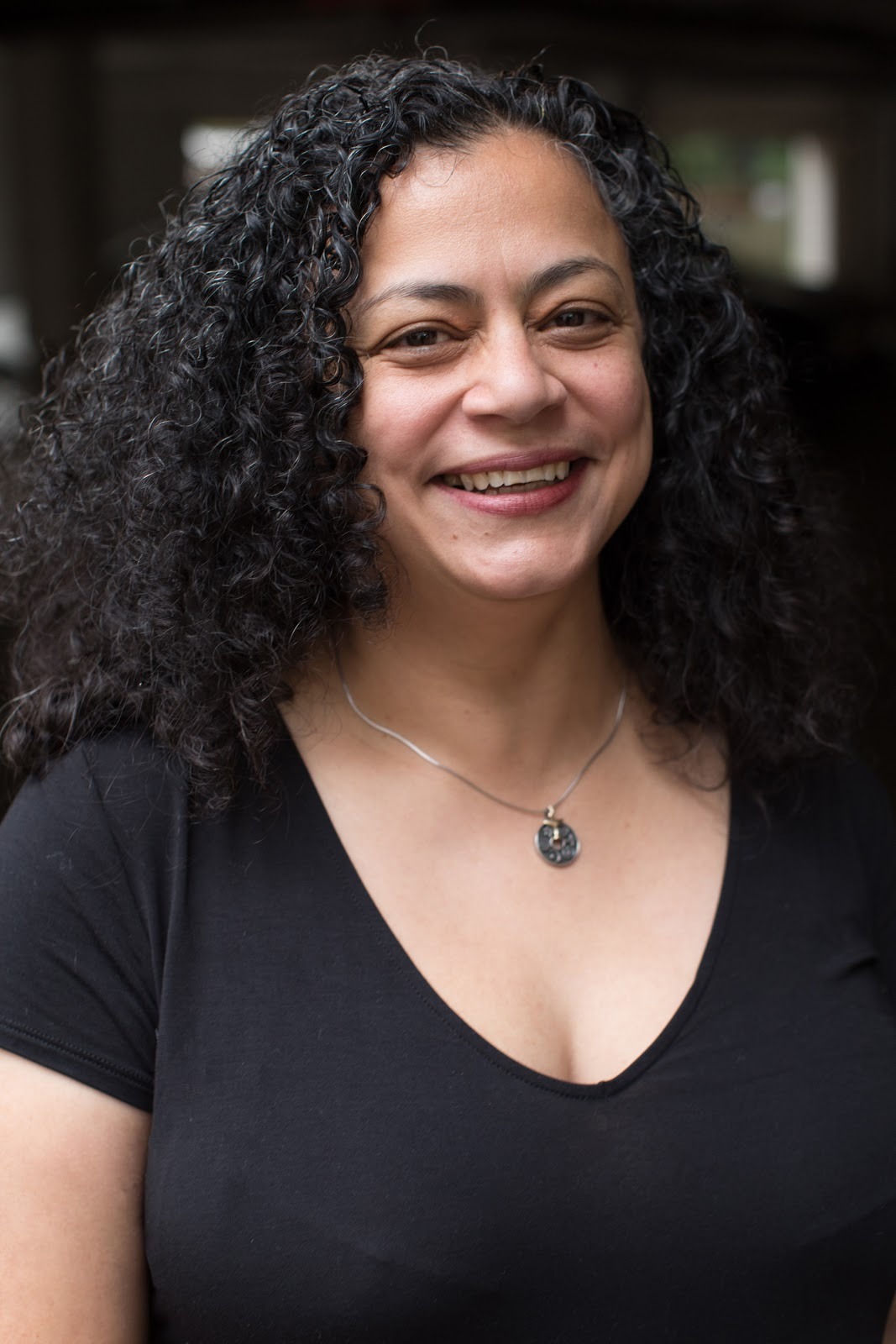 Aisha was born in Alexandria, Egypt.  Her family moved to the United States when she was a toddler, and consequently, she didn’t learn English until right before kindergarten.  Aisha started her professional career in the field of social work, but she soon became involved in the religious education program in the first Unitarian Universalist congregation she attended.  There was born her love of religious education.  Aisha is a Credentialed Religious Educator at the Associate Level. Prior to serving East Shore Unitarian Church in 2013, Aisha was Director of Religious Education in two east coast churches.   In one congregation she also held the position of Urban Community Ministry Coordinator.  This dual role afforded her the opportunity to combine justice work with religious education and to practice true “Faith in Action.”  Aisha also served as Children and Families Program Director for the Unitarian Universalist Association.  There she worked with the faith development team publishing the Tapestry of Faith curriculum.  Aisha is active in the Liberal Religious Educators Association and an active member of the Unitarian Universalist community of ministers and religious educators of color. 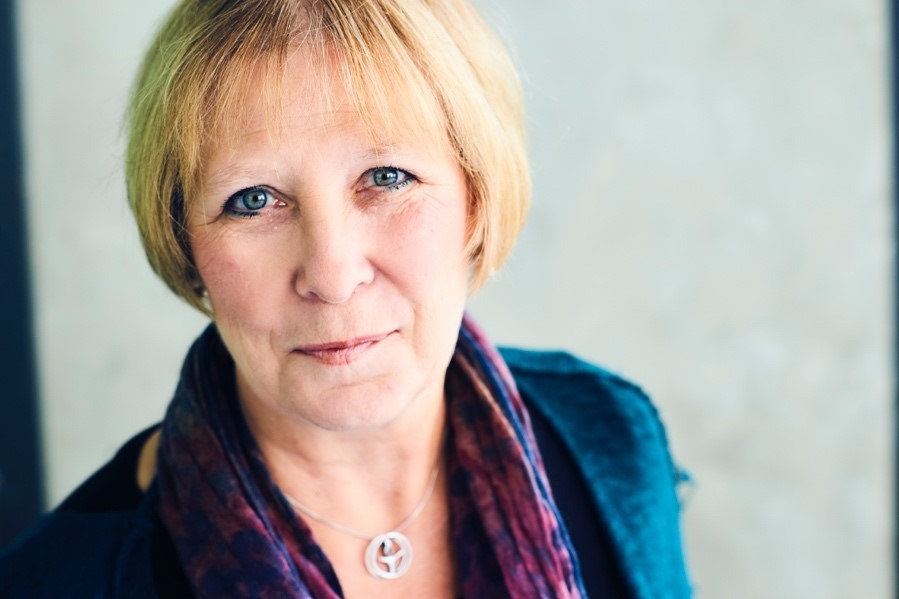 The Rev. Samaya Oakley serves as the Minister for the South Fraser Unitarian Congregation.  After attending the North Shore Unitarian Church, she quickly became active continentally though the Youth Office of the UUA. Samaya became a trainer for the Leadership Development and Spirituality Development modules.  She was also a facilitator and part of the Training of Trainers for the Advisor Trainings and Advanced Advisor Trainings.  She also is a facilitator for all levels of the Our Whole Lives program, and a trainer for the Elementary and Youth trainings.  She became a part of the Canadian Unitarian Council’s Truth, Healing and Reconciliation Reflection Guides – five age-appropriate reflection guides for use in Canadian UU congregations.  The reflection guides are focused on how the Indian Residential School system, colonization, and systemic racism have impacted the Indigenous peoples of Canada.  She has recently completed three years as President of the UU Ministers of Canada, a chapter of the UUMA, and currently sits on the Eliot Institute Board of Trustees. 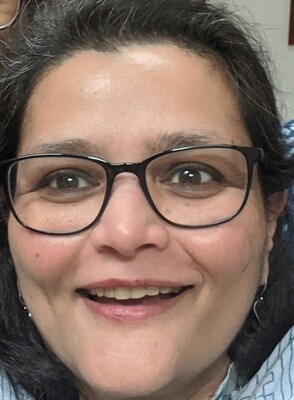 Dr. Tuli Patel has been a religious educator in UU congregations for the past 17 years.  She has a formal background in teaching and education.  She brings a wealth of experience to the position of Treasurer. Tuli is currently the Executive Director of Beacon UU Congregation in Summit, holding portfolios of Lifespan and Financial management. 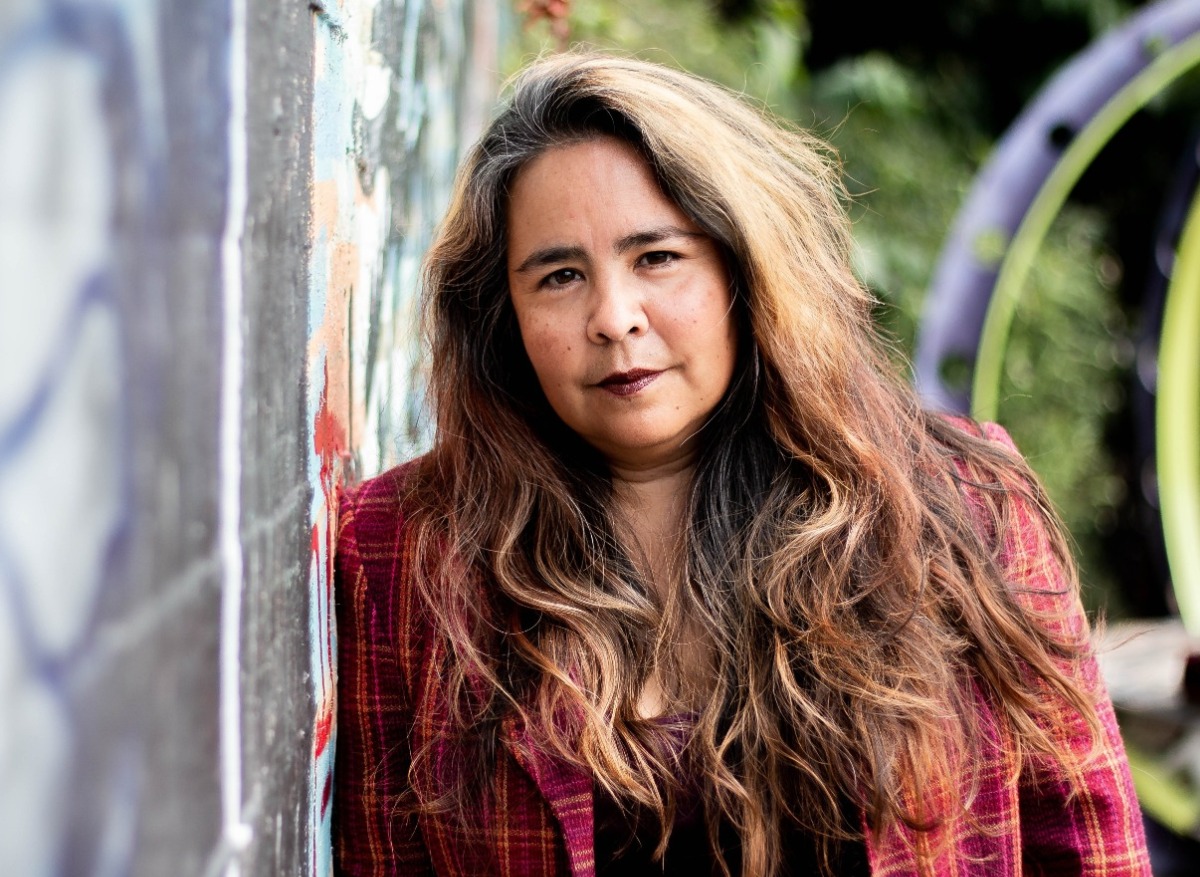 Christina is a religious educator and administrator serving Unitarian Universalism as part of the Lead Ministry Team of the Church of the Larger Fellowship.  She was the first Latina and religious educator elected to the UUA Board of Trustees, serving as Trustee, Financial Secretary, and Secretary of the Association.  In 2017 Chris co-founded the #UUWhiteSupremacyTeachIn with Aisha Hauser and Kenny Wiley.  In 2018 she founded Called to Justice, a faith-based consulting group focused on impactful leadership and congregational development for Unitarian Universalists committed to justice ministries.  Called to Justice’s mission is to develop lasting relationships with organizations and support them as they move deeper into understanding how white supremacy impacts all aspects of an organization.  In 2020 Christina was selected as the Unitarian Universalist Association’s Angus MacLean Award recipient for Excellence in Religious Education.  Chris has the faith and support of her husband and twin sons who, along with her ancestors, form the foundation for her calling to Unitarian Universalist ministry. 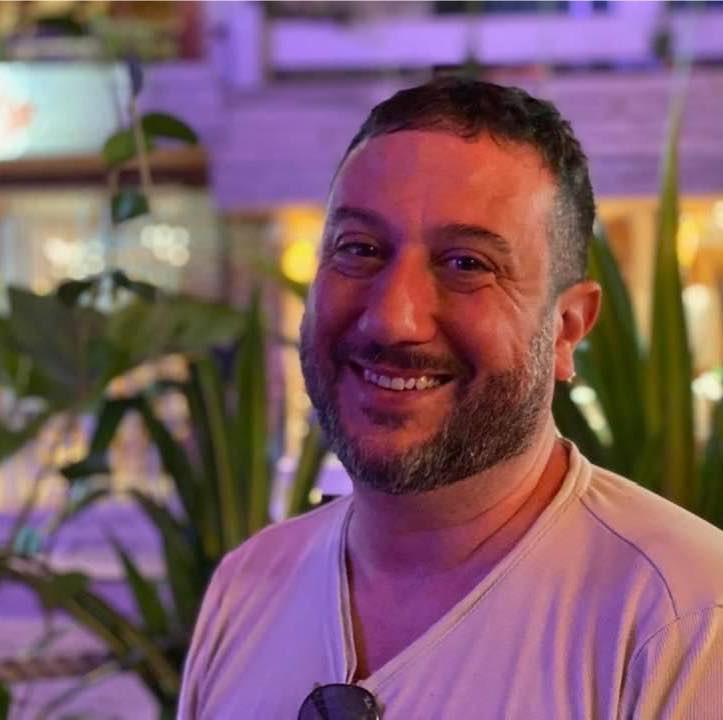 Rev. Jude Geiger serves the UU Fellowship in Huntington, New York.  Over the past 20 years, Jude has served in numerous leadership roles in the UU faith at the local, regional and continental level.  Previously, he served the First UU Congregation in Brooklyn, NY as Minister of Religious Education.  He has a Masters in Urban Planning from NYU Wagner, and a Masters in Divinity from Union Theological Seminary in NYC.  Prior to the ministry, Jude worked in community organizing and public advocacy on issues related to affordable housing, and health insurance outreach.  These days in addition to his work with LREDA, he is also a Board Member of Interfaith Impact of NYS and is on the organizing team for the newly forming UU New York State Advocacy Network.  Locally, he serves on the Huntington Anti-Bias Task Force. He is also a frequent leader in our UU Renaissance Modules curricula.  Jude is enrolled in the concurrent master credential program. 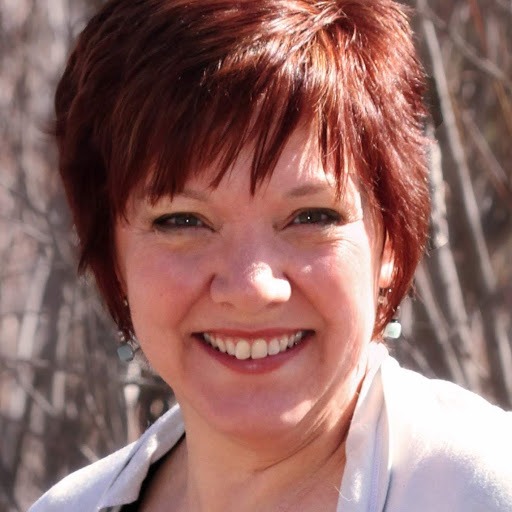 Eleanor is a Colorado native who grew up in a lay-led Unitarian Universalist congregation. Her Colorado childhood and her background in the performing arts have influenced her love of nature and the sacred human experience.  She completed the Religious Education Credentialing Program in 2013 and is an active member of the Mountain Desert District LREDA Chapter where she has served as President and Treasurer.  She previously served LREDA nationally as the Chair of the 21st Century Fund Committee. 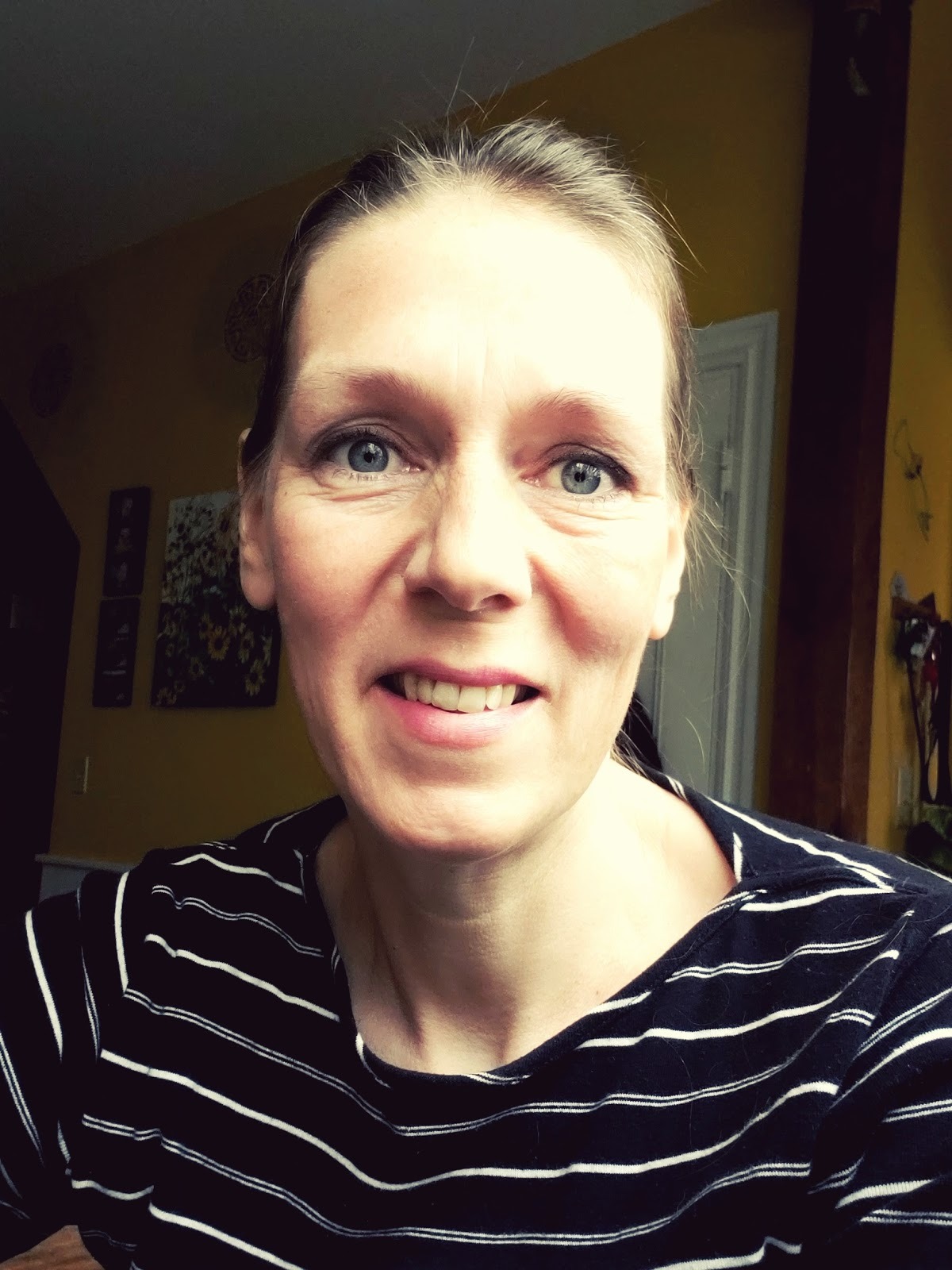 Kirsten Hunter grew up in Setauket, NY on a historic farm, and is a lifelong UU who was very active in YRUU youth community as a teen and young adult.  She spent the first ten years of her adulthood in Albuquerque, New Mexico where she earned a BA in linguistics and signed language interpreting, and a master’s degree in special education from The University of New Mexico.  She worked as an educator in the Albuquerque public school system for several years before moving back east to manage her family’s educational farm. Her work on the farm deepened Kirsten’s appreciation for experiential education and the importance of long term relationships in teaching and learning.  After moving away from the farm in 2010, she sought to recreate the community she left by returning to a UU congregation where, with great delight, she fell into the position of DRE.  Kirsten earned credentialed status in 2018 and is deeply committed to our Unitarian Universalist principles as a path toward collective liberation.  Kirsten is a divorced mom, lives in Portsmouth, NH with her teenage son, and welcomes frequent visits from her adult son who is in school in New York City.  She needs to have her hands in the dirt as often as possible and enjoys walks, especially those she can share with her sweetheart, Eric, and her dog Holly.